Creative Cloud and Photoshop 2014: Adobe piles on the goodies for photographers 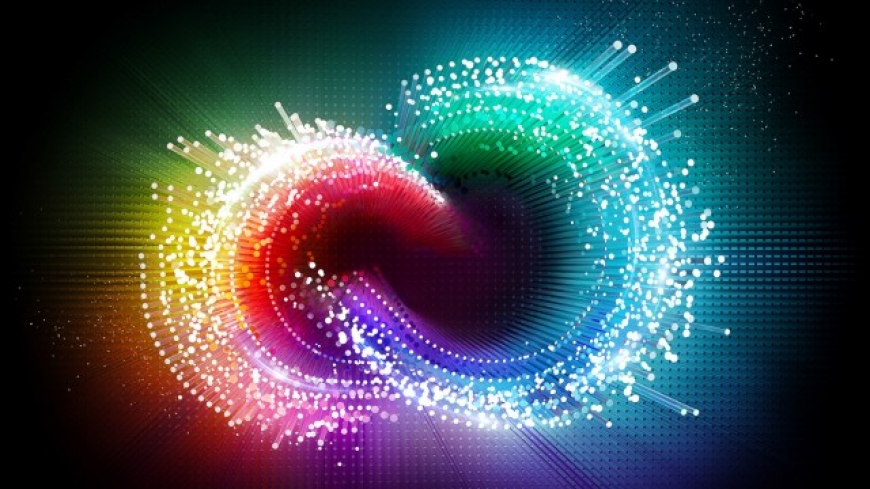 Adobe is continuing its full-court press to convince photographers to move to its Creative Cloud subscription-based licensing model. Today’s announcement of Creative Cloud 2014 marks its biggest effort yet. New features in Photoshop, lots of new mobile goodies, and a permanent discounted subscription for photographers were highlighted by Adobe as it rolled out its newly branded 2014 edition of its Creative Suite for the Cloud.

While Adobe plans to continue to roll out incremental improvements to its Suite as they are ready, it has decided to provide annual milestone releases to make it easier for plug-in developers to have known release numbers for testing. Today’s CC 2014 launch features updates to all 14 Creative Suite applications, but two new features in Photoshop CC will be of the most interest to photographers — path-based blurs and focus-based selections.

Adobe has previously provided a variety of tools for creative blurring on an image, including for simulating motion, but Photoshop 2014 takes the capability to a new level. Motion blurs can be made along a line, a radius, or just about any path that can be constructed using Photoshop’s curve construction tools. So in addition to simple motion, like a vehicle in a straight line, it is possible to mimic spinning wheels or even a vehicle in a swerving path.

Creating selections based on focus is also new in Photoshop 2014. You can tell Photoshop to only select areas that are in focus, and use that selection to create a mask for other commands. The magic is far from perfect, so you can further refine the selection using the usual set of Adobe tools, of course. This worked quite well for the demo images Adobe chose — that featured an in-focus subject in the foreground with a distant and out-of-focus background. We’ll see how accurate it is with real world images now that the production version has been released.

Photoshop 2014 now has “experimental features,” including touch and high-dpi support for Windows

With this release of Photoshop CC, Adobe is also providing an experimental features capability. Users will be able to selectively activate features that otherwise would not have made it into the product. The most exciting of these for Windows users are support for high-dpi displays and for touch gestures. The high-dpi support scales user interface elements by 200%, which will make Photoshop a lot less painful to use on high-resolution laptops and tablets. Touch gesture support includes standard Windows 8 gestures like pinch to zoom, and the new version offers improved stylus support.

Creative Cloud subscribers with an iPhone or iPad will also benefit from a new capability to manage their Adobe assets from their mobile device, using Adobe’s Creative Cloud app for iOS. All these goodies are available for immediate download from Adobe, or by using the integrated Update capability in your Creative Cloud applications.

Adobe continued to expand its family of Apple-centric mobile products. On the heels of its Lightroom mobile announcement, today brought two new drawing applications for recent iPads — Line and Sketch — along with supporting hardware: The Ink stylus and Slide digital ruler. New application Photoshop Mix provides a more casual interface to image editing than Adobe’s existing Photoshop Touch for mobile. It too is iPad-only, and for Creative Cloud subscribers can even tie into Adobe servers to apply sophisticated effects like content-aware fill. Mix can work with any image (except for Raw files) from your iPad’s Camera Roll or from your Adobe cloud. It can even open individual layers from PSD files if needed. In the meantime, Lightroom mobile adds support for iPhones from the 4S onward, along with star ratings for images.

hotographer subscriptions are here to stay

Adobe has finally settled on a permanent subscription plan for photographers. For $10 per month you get Photoshop CC, plus the current version of Lightroom, and a measly 2GB of cloud storage. The requirement of owning a previous Adobe product has been dropped, but so has the capability of creating a Behance website. All in all, $120 a year for both Photoshop and Lightroom is well worth it for anyone who uses either application heavily. Frankly, you may not have a choice if you shoot Raw, as it will only be a matter of time before you need the latest version to get support for a new camera.

This plan addresses the cost issue quite well, but doesn’t solve the problem of having images locked up in an Adobe proprietary format that will require paying them forever to retain access. Adobe still needs to come up with a more coherent strategy for how photographers can gracefully “withdraw” from the Creative Treadmill if and when they become less active but still want to be able to access their images.

Under the covers of Adobe’s new mobile tools is a yet-to-be-released Creative SDK. Adobe claims it will allow developers to harness the power of the Creative Suite (assuming customers have a subscription) from mobile devices in their own applications. Photoshop Mix is designed to be a showcase for what is possible using the Creative SDK — like allowing iPad users to run sophisticated image filters on Adobe’s servers while seeing the results right on their tablet.

Putting together all of Adobe’s initiatives it is clear that it wants to extend its creative toolset dominance to the cloud — and to become as successful as a platform company as it has been as a tools company. Clearly its mobile apps are a great start, and if the Creative SDK is well-received it could gain traction with the broader community of content creators. Adobe still needs to figure out the storage side of the equation. The ridiculously small amount of storage provided with its subscriptions is nearly useless for serious work, and pales in comparison to the sizable offerings from other cloud vendors. It will also have a hard time getting developer attention if only paying Creative Cloud subscribers can get the full benefit of the Creative SDK. Most mobile app developers aim at the broadest audience possible, so Adobe is likely to need to do some more tuning on how, and by whom, it allows its cloud to be accessed.

Please keep visiting our blog for News and Updates