A Fun Way to Shape the New Year: a 1-Word Theme. 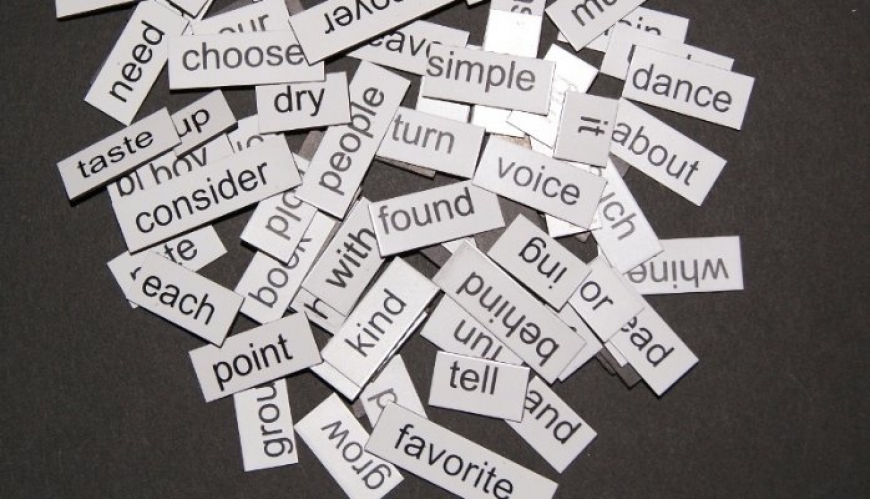 There’s one kind of resolution that I particularly love: identifying one idea, often summarized in just one word, as an overarching theme for the entire year.

My sister often does this kind of resolution. This year her theme is “Novel.” One year was the year of “Free Time,” another, “Hot Wheels” — that year, she got a car and started driving; she and I have both struggled with a fear of driving, which was much tougher for her, given that she lives in Los Angeles and I live in New York City. If you want to hear about my fear of driving, click here. (Non sequitur: follow my sister on Twitter, @elizabethcraft.)

Another friend of mine does the same thing. One year, I remember, was “Dark,” another was “Make.”

One year I chose “Bigger.” I have to fight the urge to simplify, to keep things manageable; this word will remind me to think big, to tolerate complications, to expect more from myself. Many people work to simplify their lives, but I struggle against the tendency to simplify too much. As Albert Einstein observed, “Everything should be made as simple as possible, but not simpler.”

This year, I’ve chosen “Upgrade.” I want to take many areas of my life to the next level. I’m reminded of one of my favorite passages, from the opening of Norman Rush’s fascinating novel, Mating.

“There was an opulent sunset. I was standing under an acacia in bloom and the words ‘shower of gold’ came into my mind, followed by a surge of feeling. I call it greed, but it was more a feeling of wanting a surplus in my life, wanting to have too much of something, for a change. I didn’t want to be a candidate anymore, not for a doctorate or anything else: I wanted to be at the next level, where things would come to me, accrue to me. It was acute.”

I love this passage because it describes a feeling that I’ve often experienced, but have never quite been able to put into words myself. Do you know this feeling of “wanting a surplus,” “wanting to have too much,” where “things would accrue to me”? My sister and I sometimes talk about “wanting to get a present in the mail,” but it’s not exactly that…

In writing Better Than Before, my book about habit change, I’ve been thinking obsessively about habits. There are lots of one-word themes that might help someone determined to master his or her her habits: Health; Finish, Rest; Free (as in “free from french fries“); Fulfillment, etc.

Have you ever tried this choose-a-theme approach? Did it help you direct your year?

I’m fascinated to get more ideas for themes. What theme or word would you pick?

Gretchen Rubin is the author of the blockbuster New York Times bestsellers,The Happiness Project and Happier at Home. Her upcoming book, Better Than Before, reveals the secret of how to change habits--really. Read more atgretchenrubin.com. Follow her here by clicking the yellow FOLLOW button, on Twitter, @gretchenrubin, on Facebook,facebook.com/GretchenRubin

Read 9375 times
Published in Blog
More in this category: « Apple's Magic Formula for Innovation Are You Fit To Lead? »
back to top