Rise of the Selfie Sticks 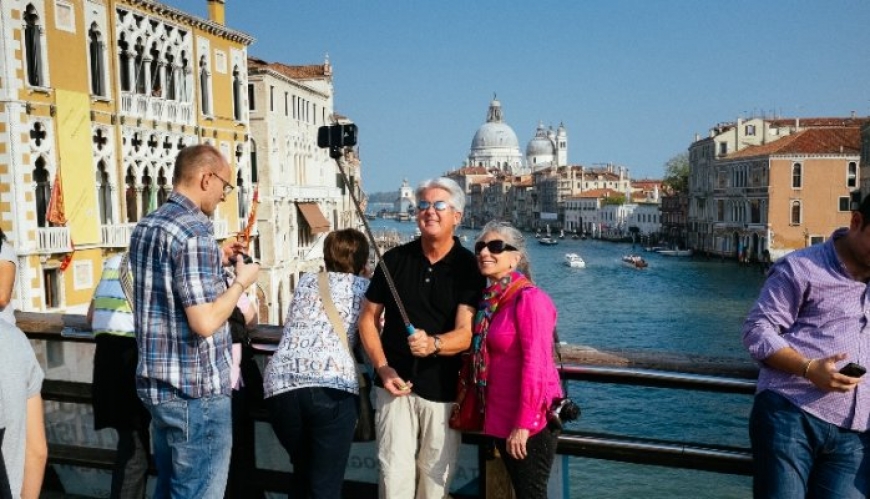 As someone who is passionate about technology and the myriad of benefits that it can offer in these exciting times, I cannot explain the hidden rage that burns within when I see people taking photographs with their iPads in almost any major City in the world.

As our Christmas and New Year celebrations begin to fade into memories and we begin to fall back into our daily work routine, it didn’t take long until I realised that my inner grumpy old man has found something else to get annoyed by.

That’s right, forget about the iPad photographers, there is a new sheriff of annoyance in town and it’s known as the ‘selfie stick’. Sure they were doing the rounds in 2014 and that Oscar photo probably encapsulated exactly where we were heading, but it appears that Santa was very busy delivering this must have accessory and has fuelled this latest craze making it that must have gadget for everyone and not just the self-obsessed.

Anyone wanting to get a piece of the action basically has two options which consist of the basic version for around £8 but the selfie taker will have to set a timer to take the actual photo which may feel a little old school for some.

However for around £15 there was a variety of advanced version which has a Bluetooth shutter trigger to ensure that special moment outside a tourist attraction or bathroom is frozen in time forever.

Before you feel compelled to post comments about how this wand of narcissus actually signals the downfall of society, I am reliably informed that the selfie stick is not about capturing photos of yourself, but about capturing group photos of your family and friends together and recording the moment which is something that is usually just too much hassle to organise unless you awkwardly ask a passer-by, only to scoff afterwards that it wasn’t from the angle you had in your mind.

When on holiday with your partner it is often notoriously difficult to return home with good quality photos of you together as a couple, so I understand that they certainly have their uses and this should not cause offence.

However, If the CES tech show in Las Vegas is anything to go buy there is a certain amount of negativity in the air when there walking into a hall and desperately trying to wade your way through a sea of selfie sticks as they battle drones for the skies across the event, prompting Tech Crunch to ask the question how many selfie sticks are too many?

Last year at the Glastonbury Festival in England where music fans have often complained about people holding flags in front of them were now complaining about the infamous selfie sticks where one blogger observed:

Rarely before has Glastonbury seemed less accepting of the wont and wants of others, whatever they may be, as ‘selfie sticks’ replace the bucket hats of bygone times

Meanwhile Premiership football teams Arsenal and Tottenham have even gone on to ban them from their grounds after complaints from fans but the phenomenon looks like set to continue if unbelievable spin off products such as the Belfie Stickappearing for pre-order are anything go by.

I have a strong philosophy of live and let live in these technology obsessed times but also a healthy amount of awareness of the world around me to know that it will only be matter of time before the backlash begins and there will be cries to banish them to room 101 forever.

If you find yourself walking through New York, Paris, London, Rome or in fact any major City in the world this summer, you may mutter under your breath or give a sarcastic smile as you look around at crowds taking photos of themselves with the aid of the selfie stick wondering how we ended up like this.

If we are honest though, how many of us hate every aspect of the idea and will happily voice our disapproval amongst friends but secretly harvest a hidden thought of secretly wanting one too?

The wand of narcissus will probably divide opinion but what are your thoughts? Do you have,want,recommend or have no interest in picking one up?

Could they come in handy for reporting on live events? or do you have no interest at all and feel your temperature rising when fighting your way through a sea of selfie sticks when heading into the City to the office?

Author: Neil Hughes is an IT Professional and freelance content writer that is passionate about helping others and removing the communication gap that typically exists between IT and other areas of business.

Read 15354 times
Published in Blog
More in this category: « Are You Fit To Lead? Intake Open »
back to top